New Manila Zoo: The Story Behind Its Architecture After Renovation - Pinoy Builders
Menu
Sign Up Now

New Manila Zoo: The Story Behind Its Architecture After Renovation 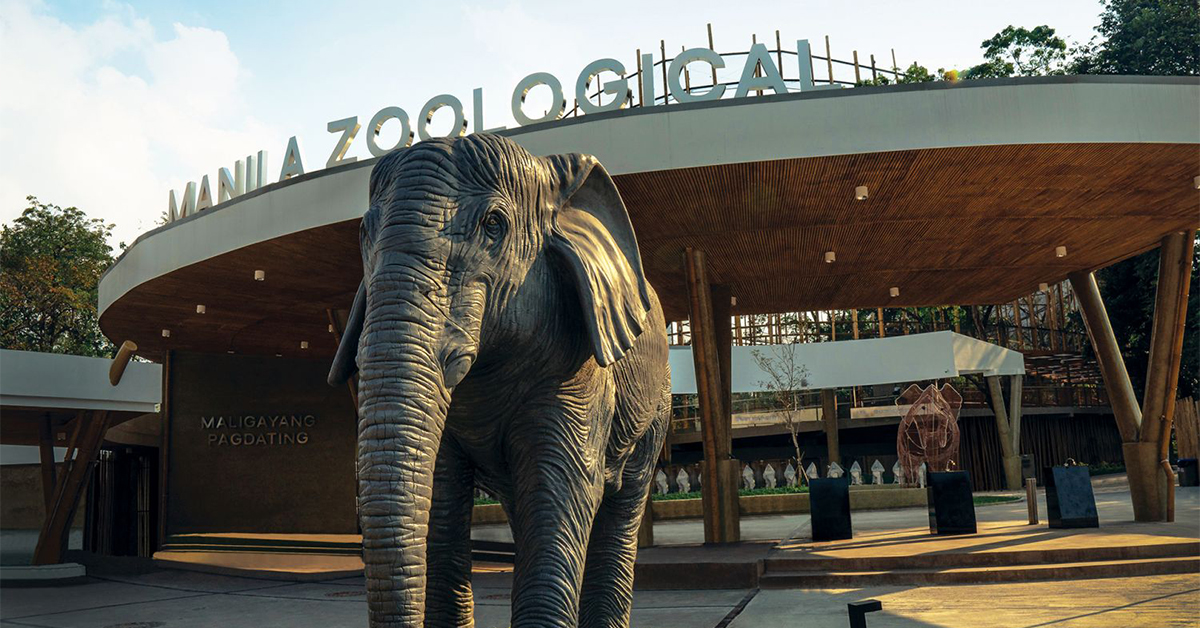 For most residents of Metro Manila, Manila Zoo was a big part of their childhood. Being one of the few zoos within the metropolitan area, the zoo became a popular tourist destination for families who wanted to take their kids to the zoo without traveling too far.

The zoo deteriorated over the years, and former Manila Mayor Joseph Estrada ordered for its indefinite closure after they identified it as a major pollutant of Manila Bay in 2019. Although Estrada’s government at the time planned to renovate the zoo, it was put on hold and the animals remained in captivity despite its closure.

When the former Manila Mayor Isko Moreno took his seat, plans to renovate Manila Zoo finally came to fruition. The Manila LGU held a groundbreaking ceremony for the zoo’s redevelopment and rehabilitation in July 2020. Manila Zoo saw its soft opening in December 2021 before being closed again in June 2022 to complete renovations.

The historic zoo opened its doors to the public again under the administration of Mayor Honey Lacuna-Pangan on November 21, 2022. Many have now seen the renovations done to the zoo and the beauty it holds, but who exactly created the zoo’s new design? How did it come to be?

In this article, let’s look at the architect behind the New Manila Zoo and how his final thesis led to the rehabilitation of the zoo.

Who is the Architect Behind the New Manila Zoo?

Many would expect big names to take on the project, but what most don’t know is that it was an architecture thesis that led to the zoo’s rehabilitation.

Kevin Siy, an architecture alumnus from the University of Santo Tomas, donated his undergraduate thesis to the Manila City Government after its closure in 2019. Initially, Siy uploaded his thesis on social media before being approached by two of the city’s councilors, who asked him if he wanted to donate his thesis. Siy agreed, and would later meet with former Manila Mayor Isko Moreno about the project.

Siy supports animal welfare, leading to his thesis being devoted to the enhancement of the Manila Zoo. During his thesis, he would visit the zoo many times to find inspiration for how he could improve the zoo better.

The proposed design focused on the comfort of the animals in mind, including:

The New Manila Zoo, the Renovation

The Manila City Government collaborated with Jose T. Mañosa & Associates – an architectural design and planning firm best known as designing the San Miguel Building in Ortigas – to rehabilitate the park. While the firm did not fully apply Siy’s designs, he mentioned in an interview with The Varsitarian that they kept 20% of his designs in the rehabilitation project.

Manila Zoo would later close in June to continue renovation and rehabilitation to prepare for its opening just in time for the Christmas season. While the former Manila Mayor Moreno did not see the zoo completed during his term, his former Vice Mayor and now his successor, Mayor Honey Lacuna-Pangan, would see the doors of the zoo open.

Renovations were finally completed on November 21 and all the attractions can now be experienced by the visitors.

Manila Zoo welcomes guests from 9AM to 8PM with the cutoff for entry at 6PM. The ticket prices for visitors are:

Under the law, senior citizens and persons with disabilities receive a 20% discount on the price of their tickets. Children who aged two and below enter for free.

Do you want to see more content like this in the future? Subscribe to Pinoy Builders for FREE today and stay in the loop for the latest news and updates on the Philippine construction industry.