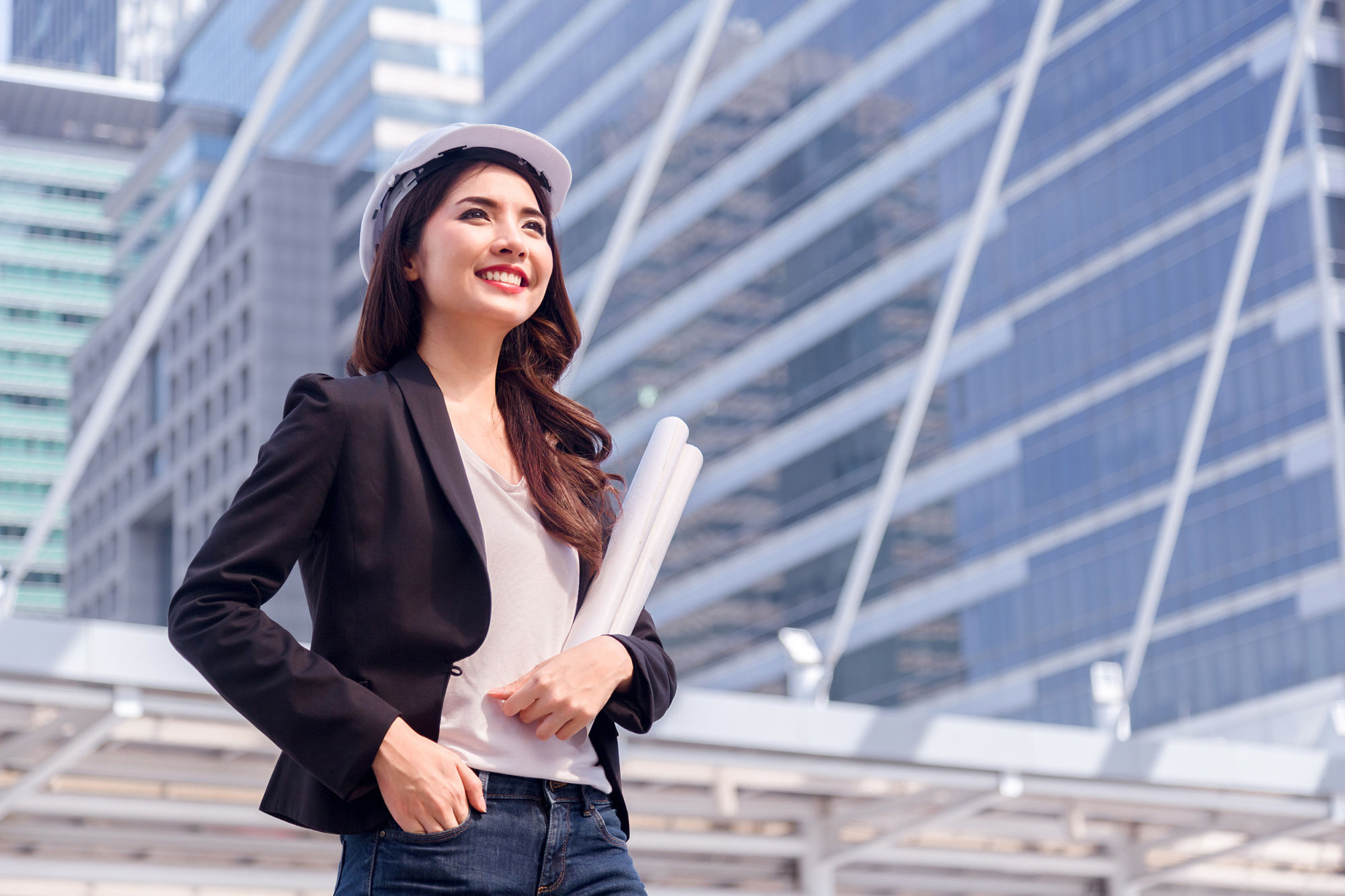 The image of the construction sites being solely operated by men is becoming less prevalent these days. Yet despite decades-long setbacks set by traditional gender-defined expectations, more and more women around the world are putting their best foot forward to have a career in the construction industry. Some take it as a challenge to change present-day perceptions, while others simply pushed through with following their dreams. Whatever their reason may be, their hard work and dedication is what will help them stand out from the rest.

The situation is no different here in the Philippines. Parents back in the day would discourage their daughters from choosing “a man’s job”, along with some bias from construction clients or firms who prefer male workers over females. Yet despite these hindrances, success in the industry is not an unreachable feat. Numerous women across the country have proven themselves more than capable of working in the industry. In fact, listed below are four inspiring women in the Philippines who have risen to the top to serve as both role models to Filipinas, serving as a reminder that gender is not an obstacle in today’s progressive world.

She’s gone through the highs and lows of owning a construction firm, becoming renowned as the “Woman of Steel” in the industry. Alice Eduardo had always wanted to become an engineer since she was young, but her parents disapproved of such plans. Though dissuaded, she never gave up on her dream and went on to work for the family’s rice mill business after graduating from college. During this sting, she became close to Concrete Aggregates, one of the family’s clients. The day they asked her if she could supply them with construction materials was the day her passion for infrastructure was reinvigorated.

The working relationship continued until she founded her construction firm in 1995. Sta. Elena Construction and Development had rough beginnings, going through a terrible financial crisis in the late 1990s. Despite that setback, she refused to compromise by lowering the quality of their work. That determination led the company to achieve a reputation that enabled them to build the foundation of numerous well-known malls, casinos, and resorts. Even today, Alice Eduardo is continuously respected in the industry, and there is no doubt that her journey is truly an admirable tale to look to when life discourages you from doing the things you want.

Early in her career, she was better known for being the daughter of famed civil engineer William Golangco. Mallie’s father worked on Metro Manila projects including the American Embassy, Robinsons Galleria, and SM North Edsa. William was a three-time presidential awardee for his excellence and contributions to these projects, and his daughter was eager to live up to his legacy in her own way. Mallie Golangco founded the Women in Construction Foundation (WIC) back in 1997 — an organization dedicated to diversifying the workforce by helping women get a head start, excel and progress in their careers in the field of construction. All this, while identifying the issues and concerns in the industry. WIC’s first ventures succeeded in turning heads internationally, as it went on to create relations with other foreign construction-based organizations. Mallie Golangco’s efforts go a long way in ensuring that Filipinas become inspired to start a career in construction.

Aida-Cruz Del Rosario, one of the first female architects in Asia

Inspired by her father, who was a sculptor, Aida-Cruz Del Rosario made up her mind to pursue a career in architecture over a life of dentistry. She studied the craft at the University of Santo Tomas and at the age of 25, she passed the board exam and became the first registered female architect in the country. Together with her husband, they rolled their sleeves up and started working on over a hundred structures from Luzon to Mindanao. During her 90th birthday celebration, she talked about how her passion and her family fulfilled her long and eventful life. Even though she was not a corporate leader like the others, her achievements show how following her dreams led her to a life without regret.

Sometimes when the world seems to bring you down to your low, it will help to look for the silver lining. It can take the form of inspiration, reading up the stories of how other people defied the odds and took on the road of becoming a leader, an influence, or a successful worker in the construction industry. As the saying goes, Rome wasn’t built in a day, and with enough time, patience, and encouragement, you too can improve the country, or perhaps even the world’s infrastructure!