A Glimpse into the Increasing Global Awareness for Recycling

The increase in health issues related to pollution and climate change has brought about a wave of awareness of what’s plaguing our world. But knowing is merely half the battle. Doing something about it, whether on a small scale or otherwise, makes a huge difference.

Organizations, such as the Global Recycling Foundation, and influential individuals have used their reach to spread the word on the importance of embracing recycling as a choice and a lifestyle. They have made it their mission to contribute to making the world be a better place. Without thoughtful waste management, landfills would pile up faster than before. And before we know it, we’ll end living in a world similar to Disney 2008 movie’s Wall-E — an Earth full of compacted trash as tall as skyscrapers.

The Global Recycling Foundation, formed in 2018 as a private foundation, aims to show the world the importance of recycling through educational awareness programs and other related ventures. It spearheaded the Global Recycling Day, their biggest initiative, which falls on the 18th of March every year.

The banner for this year’s Global Recycling Day, courtesy of their website.

In their words, it is a day for reminding everyone the value of recycling for both the environment and businesses alike.

The Global Recycling Day initiative has a twofold mission:

1. To tell world leaders that recycling is simply too important not to be a global issue, and that a common, joined up approach to recycling is urgently needed.

2. To ask people across the planet to think of resources, not waste, when it comes to the goods around us – until this happens, we simply won’t award recycled goods the true value and repurpose they deserve.

Last February, the foundation announced that they are continuing the annual event to recognize those who continued their efforts in recycling despite the pandemic crisis with Recycling Heroes 2021. 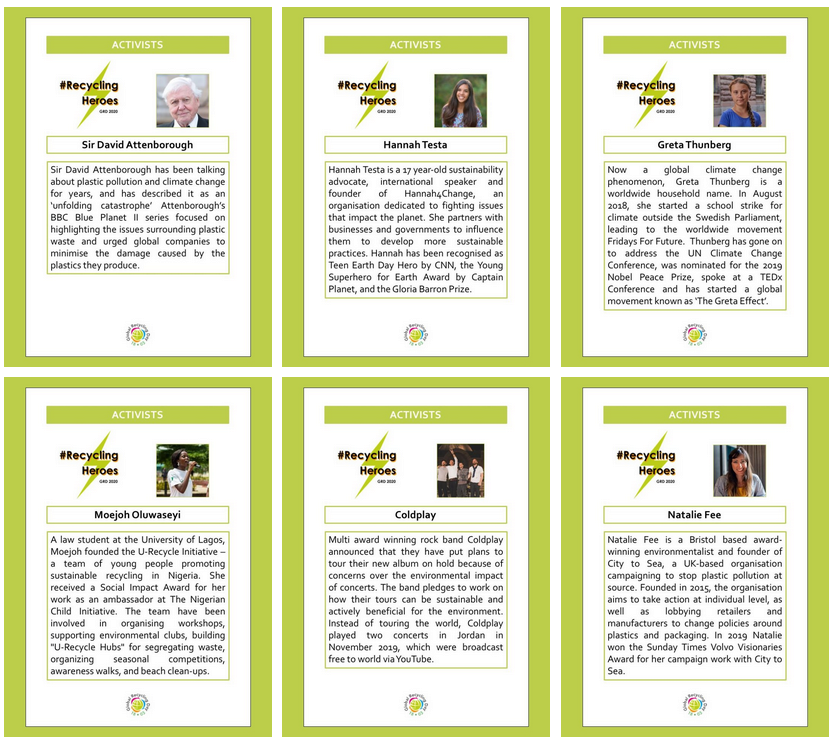 Some of the nominees posted on their website for 2021’s Global Recycling Day.

“Every year on Global Recycling Day we applaud the innovative recycling practices of our heroes and report what they have achieved to our millions of supporters around the world.” said the founding president of the Global Recycling Foundation, Ranjit Baxi.

Continued recycling can save over a billion tonnes of CO2 emissions by 2030, and every small contribution to the cause counts. The nominated folks have done more than enough to drum up support to make our world better than it was before.

But it’s not just foundations that are doing their part. Companies of all sorts are making an effort to become more eco-friendly in their own special way. Fashion companies, like Nike, have done campaigns that encourage recycling, as seen from their Reuse-A-Shoe program. This venture gives old shoes new lives by shipping them to recycling facilities to be used for Nike Grind, a collection focusing on creating products made from recycled materials.

Meanwhile, the beverage industry is no stranger to recycling programs. Corporations like San Miguel and Coca Cola are doing their part through bottle recycling. Bottles of sodas and beer are collected, melted, and remade into new and sanitized products. 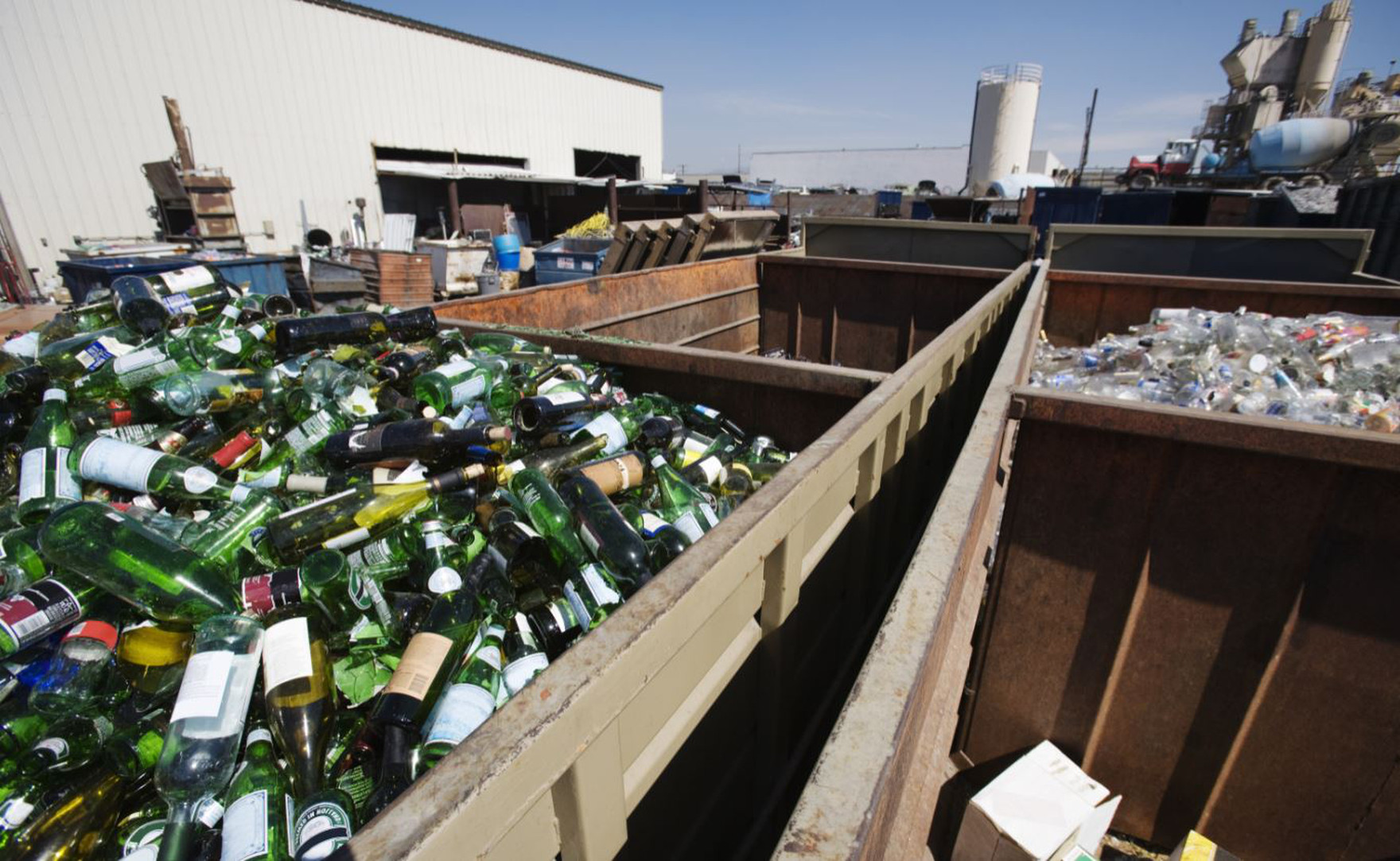 There are also companies that focus mainly on creating safe waste management solutions such as SGS Philippines and Geocycle Philippines. Their goals consist of understanding the waste problem, providing safe transport to collection facilities and processing them for a variety of sustainable solutions. As technology progresses, these waste management companies develop new innovative ideas to better catch up in our fast-paced world. 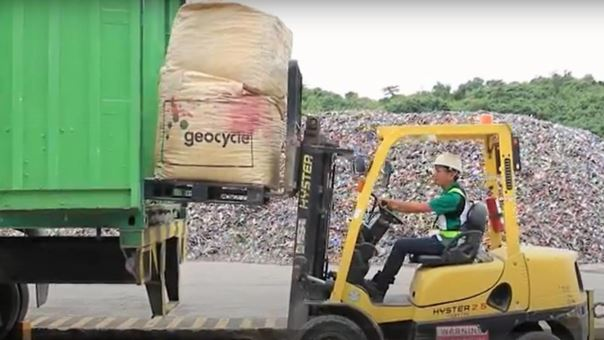 Going green isn’t just a trend, but a way of life. To live such a lifestyle means getting used to doing it through repetitions and reminders from people who strive to live with the same awareness. We should not just applaud the people doing it, we should also follow in their example and perhaps even support those that push for green solutions.

We only have one earth. Let’s give back to it in any way we can.