The Concrete We Know is Transforming

The Roman civilization is easily defined by concrete, a man-made material created by mixing aggregates, cement, and water, with evidence present and standing until today.

One great example is the Colosseum, originally called the Flavian Amphitheater. It was completed more than 1,900 years ago to be the world’s largest theater with a capacity of more than 50,000. Another is the Pantheon – the largest built dome still stands after more than 1,800 years and stays remarkable for its size, its construction, and its design. 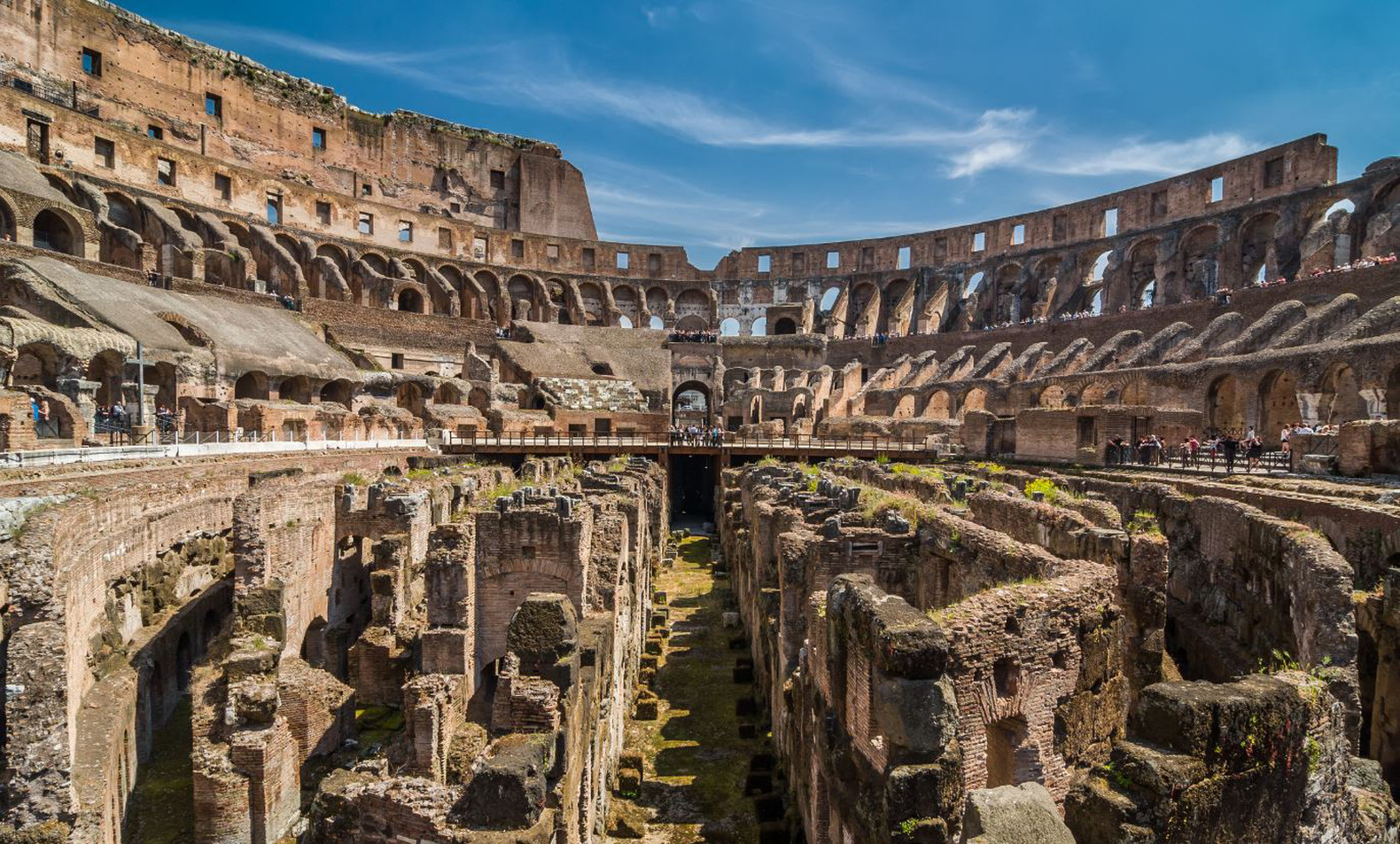 The interior of the famous Flavian Amphitheater.

Although the Romans weren’t the first to discover and use concrete and was said to only follow the Egyptians, they are credited for its widespread use and its etymology. Concrete is derived from the Latin term concretus, which means “to grow together.”

Back then, when research on concrete was still limited, engineers and builders experimented on the elements’ ratio to achieve the perfect mix. For some structures, depending on where the concrete will be used for, they blended more volcanic ash than sand. This was after the use of hydraulic lime mortar, also known as Roman Cement. Eventually, it became known as the Portland cement developed in England in the early 19th century by Joseph Aspdin and later his son William. They called it as such because of its resemblance to Portland stone when it sets.

Cement has evolved, but how concrete is made hasn’t changed much since. The same products are mixed to produce the hard, tough material. 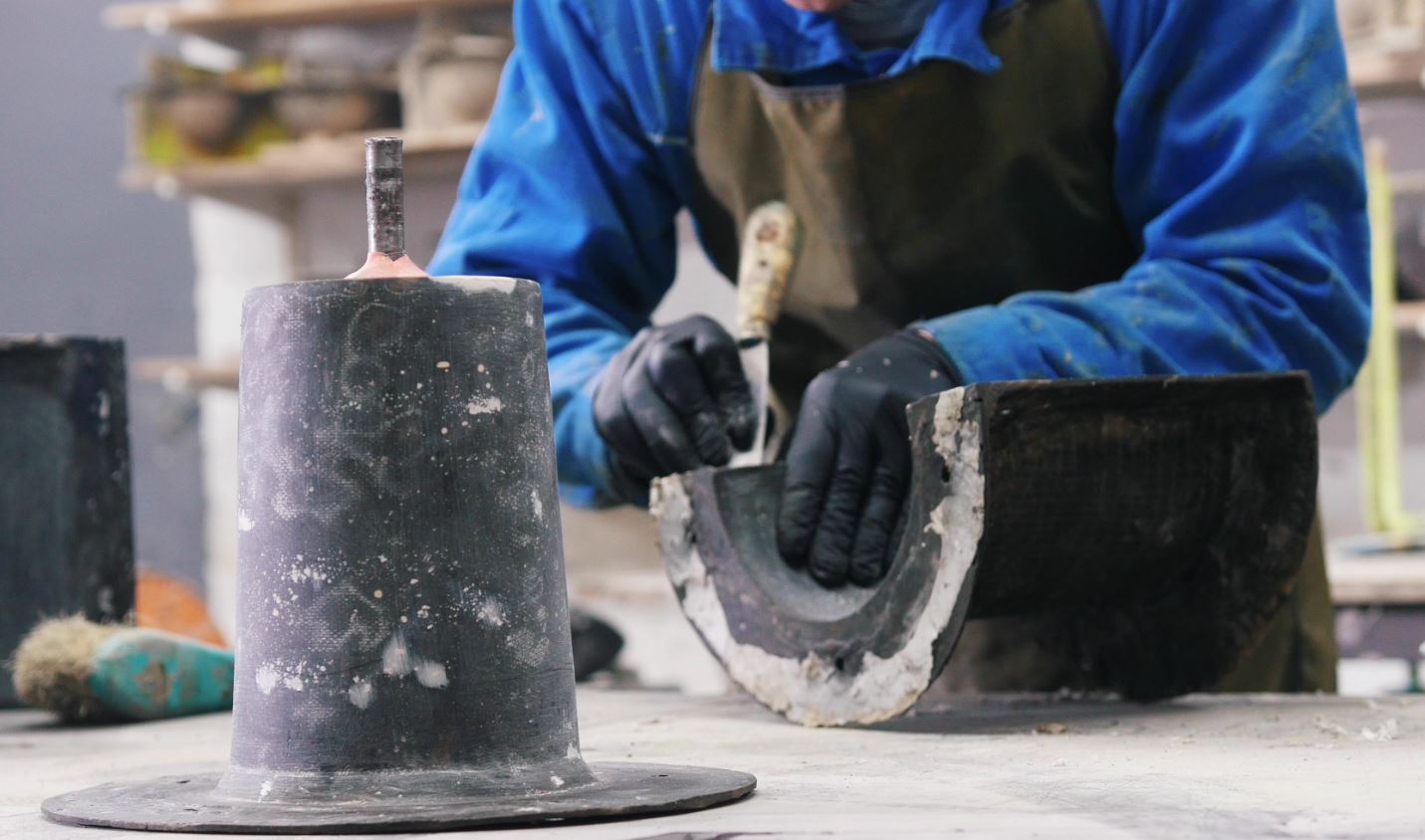 Concrete – A key component of the first industrial revolution, and will remain important for years to come.

Applications of concrete in architecture and construction are growing extensively as technology matures. Especially with reinforced concrete, where reinforcing steel bars are introduced to concrete to carry tensile loads often subjected into structures, engineers are able to build infrastructure including skyscrapers, bridges, ports, roads, dams, tunnels, and drainage systems among others. Essentially, concrete was a key component of the first industrial revolution, and will remain important for years to come.

The relationship between concrete and steel bars has been experimented upon by researchers in the field of materials science. More often than not, the goal is either to use waste materials to further improve the qualities of concrete while achieving a sustainable, circular economy, or to find a greener alternative to Portland cement, which production contributes to between 4 and 7 percent of all global greenhouse gas emissions.

For example, scientists at Kaunas University of Technology in Lithuania used alkali-activated industrial waste products including fly ash, biofuel bottom ash, and AIF3 production waste,  instead of Portland cement to produce concrete that is not only as strong as traditional concrete, but is more resilient to damaging effects of acid.

Moreover, researchers at RMIT University in Australia were able to create a stronger concrete, about 17% stronger than concrete made with conventional aggregates (thanks to post-treatment steel slag). The same university produced concrete that is cement-free, able to withstand the corrosive acidic environment found in sewage pipes, and reduce lime that leaches out simultaneously. 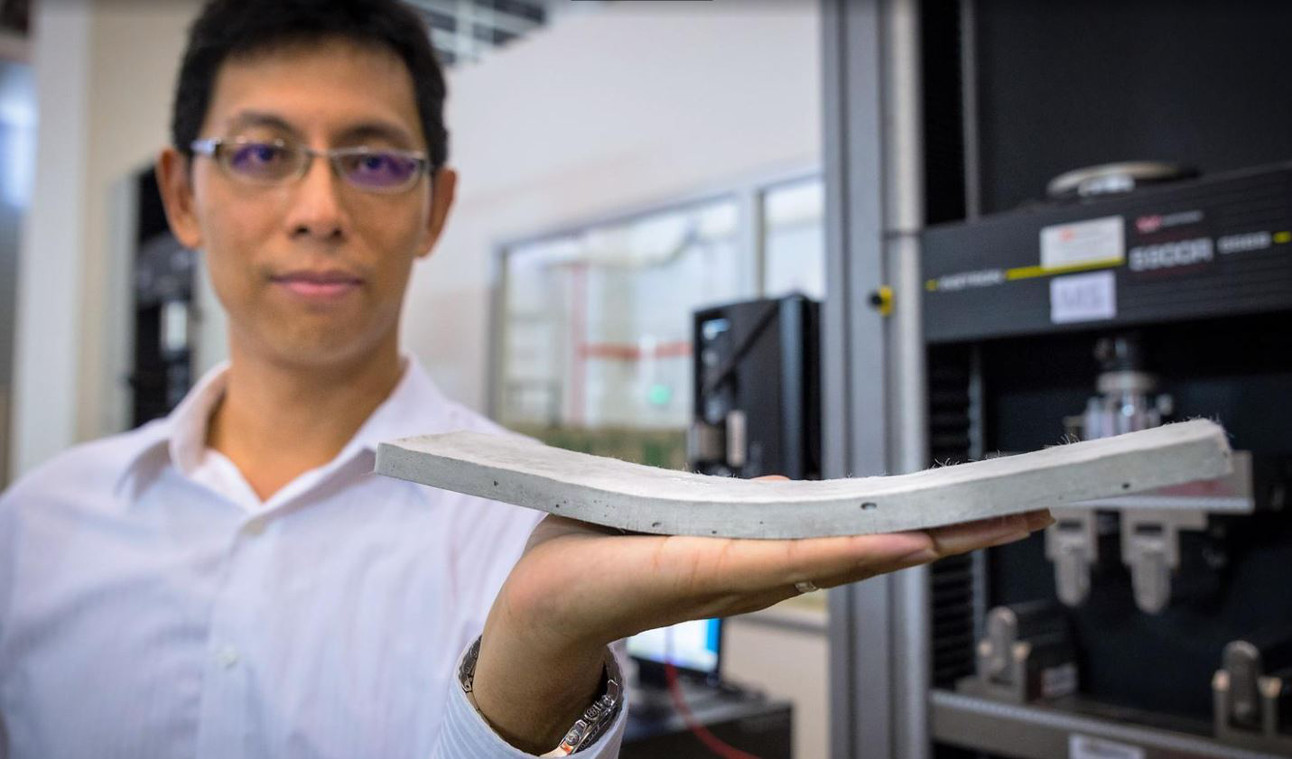 Their neighbors in Swinburne University of Technology in Melbourne redefined concrete by developing one that is made out of waste materials – this time fly ash produced by coal-fired power plants – but can bend under load by including short polymeric fibers to sustain multiple hair-size cracks. Notably, an earlier study of bendable concrete was made by innovators at Nanyang Technological University in Singapore who used special synthetic fibers that are polymer microfibers.

Meanwhile, researchers from the University of Science and Technology of China came up with concrete that is self-cleaning, lighter, and with high mechanical strength. The secret lies in combining wet concrete with oil, an emulsifier, and a hydrophobic silicone polymer. And it doesn’t stop there: a team composed of engineers at the University of Colorado, Boulder, developed concrete that is “alive” and can reproduce, thanks to photosynthetic bacteria.

All these studies with regard to concrete all have great potential, but the challenge is to get the technology out of the lab and use them in real life in construction sites. Traditional methods are still being used to make concrete across the world but hopefully, soon that will change: the concrete that we know is transforming, and the future of concrete is looking bright.

Fly Ash: An Eco-Friendly Solution to ...